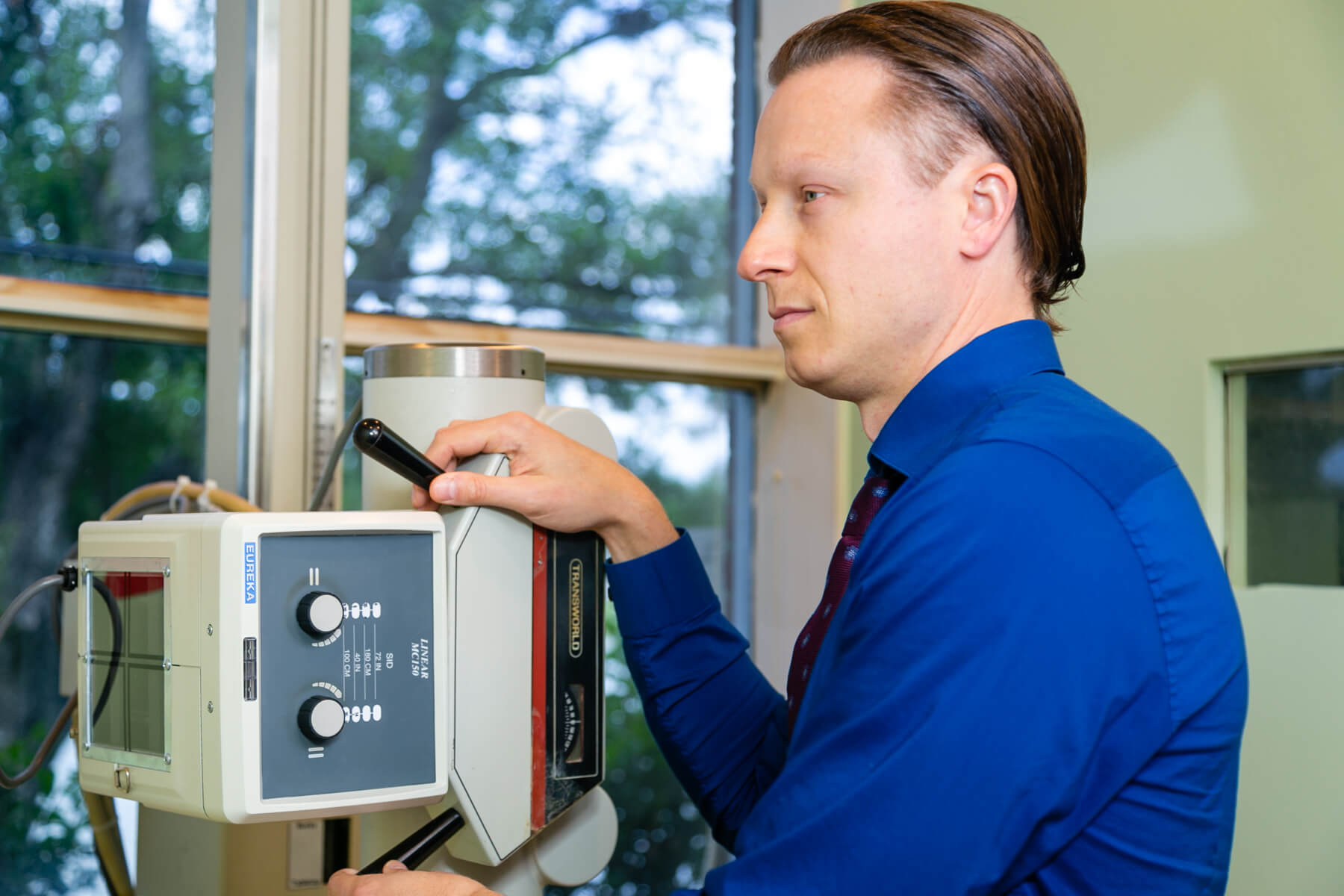 Dr. Zack Brazzell is a graduate from Texas Chiropractic College in Pasadena, TX. Additionally degreed in Sports Performance Physiology and has a background in total body rehabilitation, pain management and nutrition.

Zack Brazzell had an early interest in sports. He began playing football at six years old and by the time he graduated from high school, he had earned an athletic scholarship to Lambuth University. While playing football in college, Zack sustained an injury to his lower back. When traditional medicine didn’t seem to help, Zack’s mom recommended he see a chiropractor. Zack had such good results from his chiropractic treatment, he said “By the time I got back on the field, I could run faster and felt stronger than before my injury.”

This experience inspired Zack to switch his major from Engineering to Health and Human Performance and transfer to Middle Tennessee State University (MTSU).

It was while he was at MTSU that Zack met and married the love of his life, Sophie Harris. After graduation, Zack decided to pursue his original passion to become a chiropractor. He and Sophie prayed together about this new direction for their lives. Zack said he chose Texas Chiropractic College (TCC) because “I wanted to bring Sophie back to her home-town while I went to chiropractic school.”

During his undergraduate years, he worked multiple jobs, volunteered at church and was diligent in his studies. He says, “Those years gave me more maturity; it helped me get ready for this big responsibility of taking care of lives.” In his last year at TCC, Zack was appointed Chief Intern, leading over 30 interns at the U of H Clear Lake Campus. He was on the Dean’s list and awarded the Clinical Leadership Excellence Award prior to his graduation.

Dr. Steve Harris opened Sugar Land Health Center in 1982. In April of 2019, he welcomed his son-in-law, Dr. Zack Brazzell, to his practice. When asked if his father-in-law gave him any advice while he was in chiropractic school, Zack said, “Doc told me that the library is the only place that you will find the parts of the body separated. It’s so true, chiropractic is all about the holistic approach. We look at the body from the feet to the head to find the root causes and address them.”